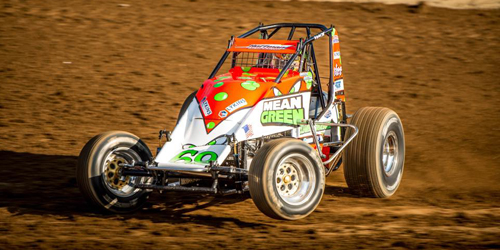 The Wheatley Chronicles – Volume III, No. 31

After picking off his third win of the year in weekly action at Lawrenceburg Speedway this past weekend, Brady Bacon holds a six point advantage over Robert Ballou in Infinity Shocks Non-Wing 410 Power Rankings entering this weekend’s USAC double at Bloomington and Haubstadt.

Another eight points back in third is Dave Darland with Racin’ Fest winner Chase Stockon and Kevin Thomas, Jr., rounding out the current top five.

Justin Grant has cracked the top ten while Logan Jarrett made the jump into the top 20 after posting his first USAC win at Lawrenceburg on April 4. Also cracking the top 20 this week is Casey Shuman after a runner-up Racin’ Fest finish at Lincoln Park Speedway.

On the Rise (Breaking into the Top 20): Logan Jarrett, Casey Shuman.

Falling Down (Out of the Top 20): Richard Vander Weerd, Austin Williams.

Number of Drivers to Earn Points: 61

Infinity Shocks is dedicated to meeting your shock needs for all variety of Sprint Car, Midget and Micro Sprint racing. Keep track of Infinity Shocks via the Facebook page at https://www.facebook.com/infinity.shocks.

Ryan Bernal just keeps rolling along, racking up his fifth win of the year in USAC West Coast action at Bakersfield on April 4 to maintain his lead in Beaver Stripes Non-Wing 360 Sprint Car Power Rankings.

With his fifth score of the year, Bernal holds a 31-point lead over Danny Faria, Jr., despite missing the most recent West Coast race while two-time and reigning Beaver Stripes Non-Wing 360 champ R.J. Johnson makes the move up to third after making it two USAC Southwest wins in a row with a Cocopah score on Saturday.

Jace Vander Weerd jumped four spots to fourth with a runner-up finish at Bakersfield while Stevie Sussex rounds out the current top five.

Number of Drivers to Earn Points: 47