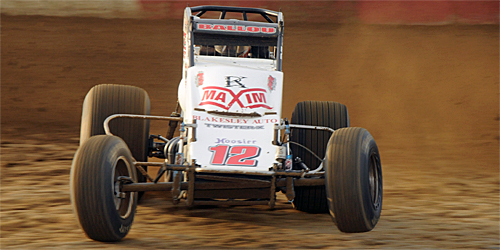 The Wheatley Chronicles – Volume III, No. 89

Lonnie Wheatley, TULSA, Okla. (December 22, 2015) – Robert Ballou put together a monster season to finish atop the Infinity Shocks Non-Wing 410 Sprint Car Power Rankings for the second year in a row.

Ballou broke out of the gates quickly with a win in the USAC season opener at Ocala, FL, in February and went on to post 13 of his 18 wins in USAC action.

Dave Darland claimed runner-up honors for the second year in a row after topping the Non-Wing 410 Power Rankings in 2013. Darland posted six wins including another Kokomo Smackdown triumph.

After slipping out of the top ten last year, Kevin Thomas, Jr., rebounded to capture third this year with Chase Stockon and Brady Bacon rounding out the top five.

The Non-Wing 410 Sprint Car Power Rankings are brought to you by Infinity Shocks. Infinity Shocks is dedicated to meeting your shock needs for all variety of Sprint Car, Midget and Micro Sprint racing. Keep track of Infinity Shocks via the Facebook page at https://www.facebook.com/infinity.shocks.

A look at this year’s Top 50 in Infinity Shocks Non-Wing 410 Power Rankings is as follows: