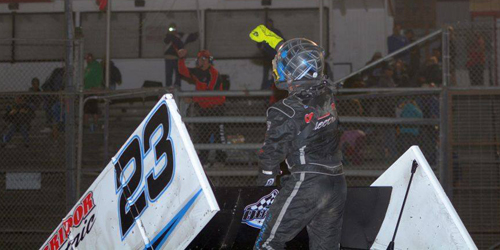 The Wheatley Chronicles – Volume III, No. 83

While Cali shoe Sanders held an 18 point advantage in the previous release, nomadic ASCS shoe Bergman has powered into the number one spot with wins at Jackson, MN, and Texas Motor Speedway among a half-dozen top five runs in recent weeks.

The Snohomish shoe now holds a 43 point lead over Sanders, who has extended his season win total to a winged 360-best 19.

While Bergman and Sanders mix it up for the top spot, current ASCS National Tour points leader is just 99 points off the lead pace in third with fellow series contender Johnny Herrera another two points back in fourth.

Number of Drivers to Earn Points: 796