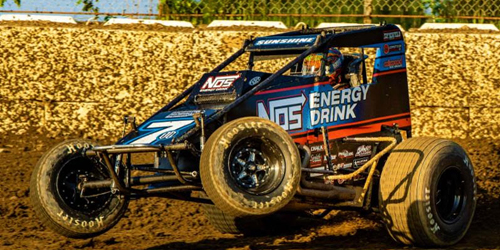 The ups and downs of racing night-after-night can take a toll on driver and team alike.  It can also afford driver and team an opportunity to get back on the horse, so to speak, to find redemption in the face of adversity.

Tyler Courtney has seen all ends of the spectrum in just the last three nights alone, from the peak of winning Wednesday at Eldora to the valley of being collected in an incident on Thursday at Gas City that resulted in a 23rd place result.

Courtney and his Clauson/Marshall/Newman Racing team persevered in Friday’s NOS Energy Drink Indiana Sprint Week stop at Plymouth Speedway, riding the wave back to the top of the totem pole to become the USAC AMSOIL Sprint Car National Championship’s second four-time winner of the season alongside Brady Bacon.

“That’s what makes our team so good,” Courtney explained.  “We don’t dwell on the night before.  We just go back the next night and try to do our job.  That’s win races…”