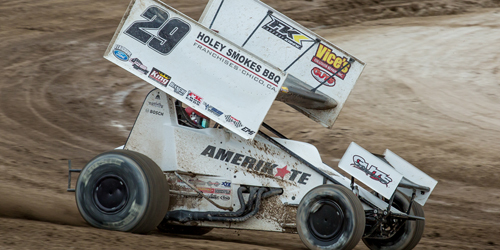 Lonnie Wheatley, LITTLE ROCK, Ark. (October 3, 2017) – I-30 Speedway’s COMP Cams Short Track Nationals presented by Hoosier Tires annually brings the best-of-the-best from throughout the nation to battle it out for a $15,000 winner’s share atop the high-banked, ¼-mile clay oval.

This year’s 30th edition of the crown jewel event that will distribute in excess of $100,000 in purse money over the October 12-14 weekend after a Wednesday night Test ‘N Tune session will be no exception as teams and fans from across the land flock to Arkansas’ capital city.

Among those is Roseville, California racer Willie Croft, who will venture to Little Rock’s I-30 Speedway for the first time.

Croft will try to add another crown jewel event triumph to his mantel after earning 2014 Trophy Cup honors at Tulare’s Thunderbowl Raceway.

A top competitors in both 410-ci and 360-ci action along the west coast, Croft currently holds down second in California’s Sprint Car Challenge Tour points.

Drivers entering by the pre-entry deadline of Friday, October 6, will receive a free pit pass for Thursday through Saturday.  Pre-entry is $150.  Entry fee for those entering after October 6 is $250 with no driver pit pass.  Entry forms are available at http://www.i-30speedway.com/flyers/2017STNFlyer.pdf.