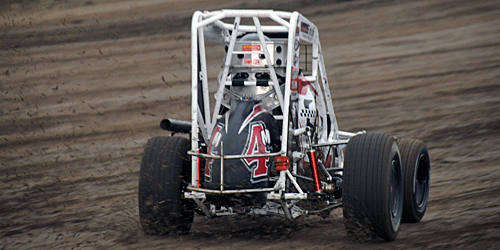 The Wheatley Chronicles – Volume III, No. 84

Hagen, who was clinched the POWRi Midget championship, holds a slim 34-point advantage over Kunz shoe Tanner Thorson going into the final stretch of the season.

Spencer Bayston has moved up to third after topping the Shaheen’s Super Weekend finale at Jacksonville with Kunz reps Christohper Bell and Rico Abreu rounding out the current top five with Zach Daum climbing three positions to sixth after a pair of recent wins.

While Hagen has racked up 26 top-fives and 34 top-tens with a full slate of Midget action, the Keith Kunz Motorsports stable has accumulated a total of 27 Midget feature wins with a handful of drivers including Thorson (6), Bell (8), Abreu (9), eighth-ranked Kevin Thomas, Jr. (3) and Kyle Larson (1).

Among the biggest movers is Michelle Decker (pictured), who broke into the top 25 after becoming the first female winner in POWRi West action with a September 26 score at Tulsa’s Port City Raceway.

A look at the www.midgetmadness.com Midget Power Rankings Top 50 through October 10…

Number of Drivers to Earn Points: 261