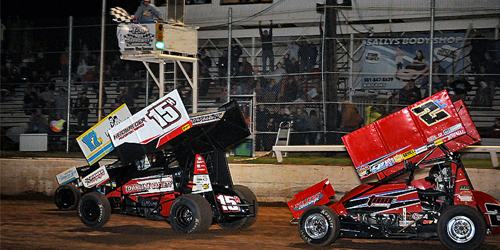 Lonnie Wheatley, LITTLE ROCK, Ark. (August 20, 2018) – A tradition like no other, I-30 Speedway’s prestigious Short Track Nationals is little more than six weeks away.

The 32nd Annual COMP Cams Short Track Nationals presented by Hoosier Tires is set to take place atop the ¼-mile I-30 Speedway clay oval in Little Rock on October 3-5.

Last October, Sapulpa, Oklahoma’s Blake Hahn bested a field of 74 to become the 18th different Short Track Nationals winner.  Hahn battled past Memphis shoe Howard Moore on the 13th lap and held point the rest of the way to take the checkered flag ahead of preliminary night winner Sam Hafertepe, Jr., and Moore.

While there will be no lock-ins from Friday’s $2,500-to-win preliminary, the top two drivers in combined passing/finishing points from Friday and Saturday heats and qualifiers that doesn’t race into the Saturday feature will be awarded the 19th and 20th starting positions in the Saturday night STN championship finale.  The 21st starting position is reserved for the 2019 I-30 Speedway track champion if needed.

The Tickets:  Day of show prices are $20 on Friday and $28 on Saturday plus a $1 processing fee per ticket if paying by credit/debit card.

Children’s tickets will be available at the event only for just $1 on both Friday and Saturday plus a $1 processing fee per ticket if paying by credit/debit card.