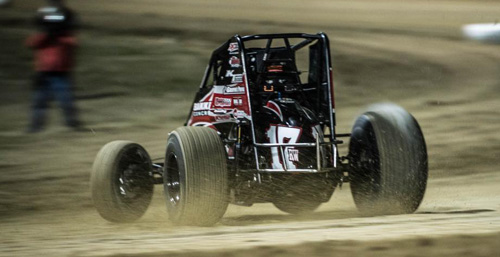 The Wheatley Chronicles – Volume III, No. 12

Following the recent handful of USAC Winter Dirt Games events completed in Florida as well as this past weekend’s USAC/CRA opener at Perris Auto Speedway, “KT” holds the number one ranking by a slim two-point margin over Chase Stockon.

With Thomas, Jr., and Stockon leading the way, reigning Infinity Shocks Non-Wing 410 Power Ranking champ Robert Ballou is another four points back in third after a pair of Florida wins, getting the nod over Dave Darland for the position with his multiple wins.

Remaining events in March that award points towards the Infinity Shocks Non-Wing 410 Sprint Car Power Rankings include the USAC/CRA Copper on Dirt double at Tucson’s USA Raceway on March 20-21 and then Brownstown Speedway’s Annual “No Way Out 40” on March 28.

Number of Drivers to Earn Points: 29

Infinity Shocks is dedicated to meeting your shock needs for all variety of Sprint Car, Midget and Micro Sprint racing. Keep track of Infinity Shocks via the Facebook page at https://www.facebook.com/infinity.shocks.