Make it Four in a Row for R.J. Johnson 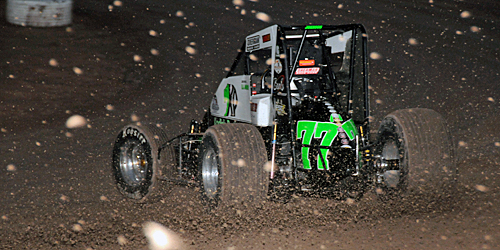 The Wheatley Chronicles – Volume IV, No. 46

Lonnie Wheatley, TULSA, Okla. (December 8, 2016) – For the fourth year in a row, Arizona’s R.J. Johnson has raced to the top of the Beaver Stripes Non-Wing 360 Sprint Car Power Rankings.

Johnson took the top ranking by a record 155 point margin over Charles Davis, Jr., who claimed second in the final rundown for the third time in four years.

After cracking the top ten with a ranking of sixth in 2015, Stevie Sussex climbed to third this year with USAC West Coast Sprint Car champion Brody Roa and Southwest contender Matt Rossi filling out this year’s top five.

Number of Drivers to Earn Points: 220

The Wheatley Chronicles brings insight and highlights from all variety of racing series throughout the nation in 2015 and beyond along with the Open Wheel Power Rankings on a regular basis.  Please send any comments, questions or advertising inquiries regarding The Wheatley Chronicles at www.sprintcarmania.com to Lonnie Wheatley at lonniewheatley@gmail.com.