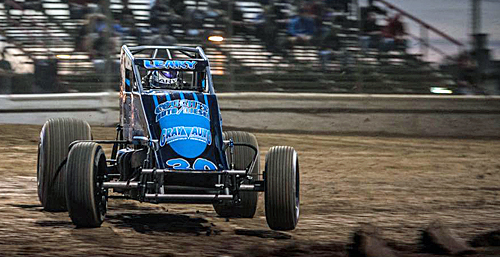 The Wheatley Chronicles – Volume III, No. 7

The USAC Winter Dirt Games set along with an ASCS National Tour double up the road at Ocala’s Bubba Raceway Park highlight this weekend’s racing action that has already been cut short somewhat by winter weather in parts of the country.

After tonight’s USAC tilt at East Bay and continued USAC action at East Bay and ASCS competition at Ocala on both Friday and Saturday, other Saturday night racing adventures include the the “Toller Memorial” at California’s Marysville Raceway Park for winged 360’s that will include current Chili Bowl champ Rico Abreu, and a $1,000-to-win 305 card at Cleveland, Texas’ Bronco Raceway Park.

The season-opening USCS double at Magnolia Motor Speedway in Columbus, MS, has been pushed back one week by cold weather along with the ASCS Southwest tilt at Canyon Speedway Park as has Lincoln Speedway’s “Icebreaker” in Posse land for the second week in a row.

The premier event of the weekend is clearly the final portion of USAC’s Winter Dirt Games at East Bay Raceway Park, with racing tonight, Friday and Saturday.

With the non-wing forces of the USAC National series slinging East Bay clay for the first time since 2010, a $5,000 bonus is up for any driver that can win all three nights while a $500 bonus is there for anyone that can take of three.

A bit to the north on I-75, Aaron Reutzel takes a virtual series points lead of 50 points over Johnny Herrera into this weekend’s ASCS debut at Bubba Raceway Park, though “King of 360’s” champion Mark Smith is actually in the top spot by ten points over Reutzel.

To the west, Rico Abreu makes his first dirt start since Chili Bowl glory in January during Saturday’s “Toller Memorial” at Marysville.