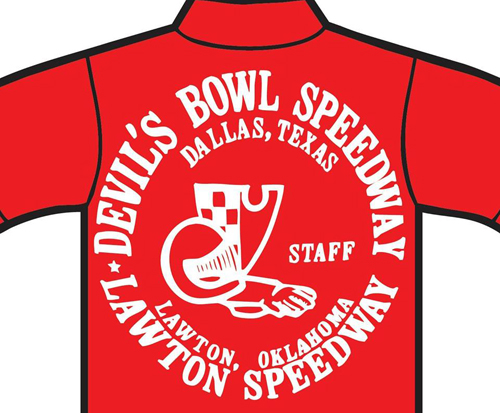 And now the 29th edition of the COMP Cams Short Track Nationals presented by Hoosier Tires set for November 2-5 will have some extra action with the addition of the Inaugural “Red Shirt Dash” in honor of Lanny Edwards.

It will be a Saturday night Dash that would put a smile upon the face of the Hall of Fame promoter.

Edwards was known over the years to slip an extra bill or two to a team that has struggled through a night or weekend. The “Red Shirt Dash” will reflect that spirit by offering some extra winnings to some teams that may have had greater STN aspirations.

“I think it’s a great way to honor Lanny’s memory, and I think it’s in a way that he would be proud of,” commented I-30 Speedway promoter Tracey Clay.

The “Red Shirt Dash” adds yet another element of excitement to an already action-packed 29th Annual COMP Cams Short Track Nationals presented by Hoosier Tires that fires off in precisely three weeks with a Test ‘N Tune session on Wednesday night, November 2.

Two complete nights of action will follow on Thursday and Friday, November 3 and 4, with a full card of heat races, qualifying races, “C” Mains, “B” Mains and “A” Main on both nights.

With the top three from each qualifying night “A” Main locked into the Saturday night, November 5, $15,000-to-win, $2,000-to-start STN championship finale, the balance of the field takes to the track in heat races lined up according to their best qualifying night score. With additional points awarded in the Saturday heat races, the battle is on from there to set the balance of the STN championship feature lineup.

STN entries are rolling in, with entry forms for the event available at http://www.i-30speedway.com/flyers/2016%20STN%20Flyer.pdf. Entries received by October 26 are just $150, with entries after that at $250.

While the STN finale offers a minimum of $2,000 to each starter, “B” Main Non-Transfers earn $700 with “C” Main Non-Transfers collecting $500. Top non-transfers from Saturday night “C” Mains (2 or 3 depending on number of “C” Mains) move on to the “Red Shirt Dash” in honor of Lanny Edwards.