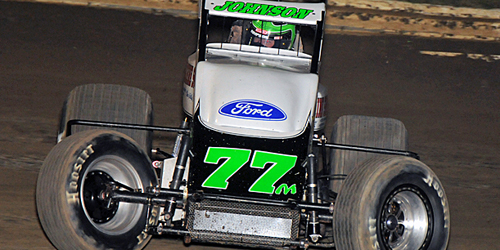 The Wheatley Chronicles – Volume III, No. 86

Lonnie Wheatley, TULSA, Okla. (December 16, 2015) – Its a three-peat for R.J. Johnson as the Phoenix, Arizona racer made his way to the top of the Beaver Stripes Non-Wing 360 Sprint Car Power Rankings for the third year in a row.

Johnson reeled off ten overall wins over the course of the season aboard the Bill Michaels-owned Ford-powered Kodiak Products No. 77m Sherman-chassis en route to a third consecutive USAC Southwest Sprint Car title and the top spot in Beaver Stripes Non-Wing 360 Power Rankings.

After ranking fifth in 2013 and then fourth in 2014, Hollister, California’s Ryan Bernal climbed another rung up the ladder to third with USAC West Coast champion Danny Faria, Jr., cracking the top five for the first time by finishing the season ranked fourth.

Ranked seventh each of the previous two years, Yuma native Mike Martin broke into the top five with Stevie Sussex breaking into the top ten for the first time with a ranking of sixth. Brady Bacon was seventh with Matt Rossi, Josh Pelkey and Western World champ Brody Roa completing this year’s top ten.

Number of Drivers to Earn Points: 197