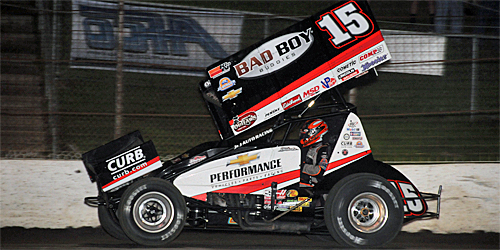 The Wheatley Chronicles – Volume III, No. 57

Lonnie Wheatley, TULSA, Okla. (July 2, 2015) – With the season that he is putting together thus far, it should come as little surprise that Donny Schatz is atop the STIDA Winged 410 Sprint Car Mid-Season Power Rankings.

With an astounding 17 North American feature wins over the first half of 2015, Schatz has opened up a healthy 183 point advantage over second-ranked Greg Hodnett. Schatz kicked off the second half of the year in similar form with his 18th win of the season last night in Kansas City.

Schatz topped the inaugural version of the STIDA Power Rankings in 2013 and then put posted 26 wins last year to take the top spot again by 257 points.

Posse rep Hodnett has already reached double digits in the win column with ten triumphs, holding the second ranking by 19 points over Kerry Madsen with Shane Stewart and All Star point leader Dale Blaney also among the top five.

Number of Drivers to Earn Points: 349