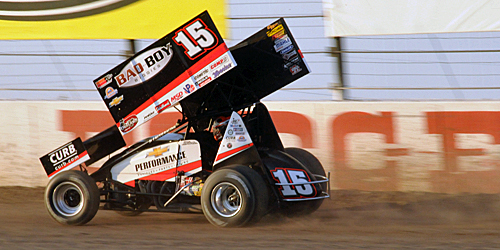 The Wheatley Chronicles – Volume III, No. 90

Lonnie Wheatley, TULSA, Okla. (December 23, 2015) – The 2015 season was undeniably the year for the driver of the No. 15 Sprint Car, as Donny Schatz raced to North American victory lane on 31 occasions to top the STIDA Winged 410 Sprint Car Power Rankings for the third year in a row.

Racing to his seventh overall World of Outlaws championship and second in a row, Schatz outdistanced second-ranked Greg Hodnett by 391 points for the top ranking with 1,480 points. Last year, Schatz took the number one ranking by 257 points over Daryn Pittman after taking the top spot in 2013 by 164 points over Pittman.

While Schatz bumped his win total of 26 over each of the past two years to 31, Hodnett enjoyed a good year in Posse territory by racking up 17 victories to land second in the final STIDA Winged 410 Power Rankings.

Shane Stewart’s first full WoO tour of duty with the Larson/Marks team netted some big wins including the Kings Royal and Ironman 55 to earn a final ranking of third.

Danny Dietrich climbed to fourth in the final rankings on the strength of 16 wins with All Star champ Dale Blaney rounding out the top five with 16 wins as well.

Joey Saldana claimed the sixth spot for the second year in a row with Kerry Madsen, Danny Lasoski, Daryn Pittman and Brad Sweet rounding out this year’s top ten.

The Winged 410 Sprint Car Power Rankings are brought you to by STIDA. Formed in 1998, STIDA (Short Track Independent Drivers and Associates) is an international company serving the safety and insurance needs of drivers competing in any country. Get covered now by calling 1-800-378-4608 or get more information by checking online at www.stida.com.

A look at this year’s Top 150 in STIDA Winged 410 Power Rankings is as follows: