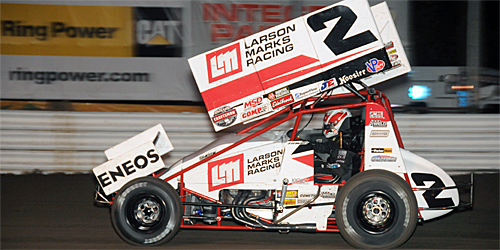 The Wheatley Chronicles – Volume IV, No. 5

Stewart posted a pair of wins en route to winning the Winter Heat Sprint Car Showdown title at Yuma’s Cocopah Speedway and then added his third overall win of the year on Sunday’s World of Outlaws debut at Queen Creek’s Arizona Speedway.

Stewart holds the top ranking by 26 points over Daryn Pittman with Greg Hodnett, Joey Saldana and Dale Blaney among the early top five.

The early rankings reflect five rounds of Winter Heat competition, three All Star events in Florida, the opening eight World of Outlaws cards and a pair of Posse events in Central PA.

Number of Drivers to Earn Points: 61