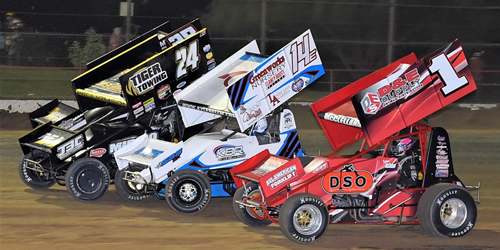 Thursday night serves as a Test ‘N Tune session before the best in the land battle it out over the next two nights for the coveted STN title and the $10,041 that goes along with it.

Entries for the event are just $100 and include driver pit pass for Friday and Saturday for those that were submitted by September 27.  Entry forms are available at https://i-30speedway.com/wp-content/uploads/2020/06/2020-STN.pdf.  Driver pit passes are not included for those entering after that pre-entry date.

Currently at 59 and counting with more expected by the weekend, there are entries from 14 different states and two Canadian provinces with racers from Florida to Washington state and all variety of locales in between represented.

Among the current entries is two-time and defending STN champion Blake Hahn who vies to become the first in event history to make it three wins in a row.

Advanance tickets at a discount are available through Thursday with only day-of-event sales after that.

The current entries include:

The Entry Info:  Entry forms available at https://i-30speedway.com/wp-content/uploads/2020/06/2020-STN.pdf. Entry is just $100 and includes driver pit pass for Friday and Saturday if submitted by September 27.  Entries submitted after September 27 does not include driver pit pass.

While there will be no lock-ins from Friday’s $2,500-to-win preliminary, the top two drivers in combined passing/finishing points from Friday and Saturday heats and qualifiers that doesn’t race into the Saturday feature will be awarded the 19th and 20th starting positions in the Saturday night STN championship finale.  The 21st starting position is reserved for the 2020 I-30 Speedway track champion if needed.

The Tickets:  Advance two-day tickets are $40 plus a $2 processing fee if paying by credit/debit card.

Day of show prices are $20 on Friday and $28 on Saturday plus a $2 processing fee per ticket if paying by credit/debit card.

The PPV:  For those unable to attend in person, both nights of action will be aired live via PPV at www.floracing.com.