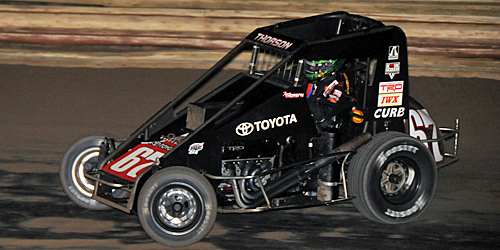 The Wheatley Chronicles – Volume III, No. 88

Lonnie Wheatley, TULSA, Okla. (December 21, 2015) – With the final Midget events of the 2015 season in the books, Minden, Nevada native Tanner Thorson has emerged atop this year’s www.midgetmadness.com Midget Power Rankings.

Among Thorson’s triumphs were victories during both POWRi and USAC Midget weeks, an Iron Man 55 score, a sweep of Tri-City Speedway’s Gold Crown Nationals and a Turkey Night triumph to round out the season.

While Thorson made the leap from sixth last year to the top spot, POWRi champion Hagen ranked among the top five for the third year in a row with his runner-up ranking.

Picking off a handful of wins, Spencer Bayston made a leap from a ranking of 21st in 2014 all the way to third this year while Rico Abreu and Christopher Bell rounded out this year’s top five with both running a limited slate of events.

A look at this year’s Top 50 in www.midgetmadness.com Midget Power Rankings is as follows: