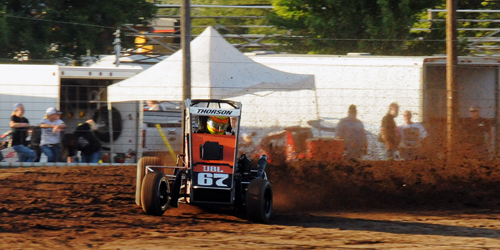 The Wheatley Chronicles – Volume IV, No. 48

Lonnie Wheatley, TULSA, Okla. (December 20, 2016) – For the second year in a row, Minden, Nevada’s Tanner Thorson has emerged atop the www.midgetmadness.com Midget Power Rankings.  And he did it in style, racking up 16 overall wins en route to capturing this year’s USAC Midget championship.

After scoring seven victories to take the top ranking in 2015 by just 26 points, Thorson landed this year’s number one ranking by a healthy 129 point margin over Keith Kunz Racing teammate Spencer Bayston with Midget rookie Carson Macedo giving Kunz a sweep of the top three positions.

Thorson’s run of victories in 2016 that was punctuated by a three-night sweep of Tri-City Speedway’s Gold Crown Nationals in Granite City, IL, came at a dozen tracks throughout seven different states including Illinois, Indiana, Missouri, Texas, Arkansas, Pennsylvania and California.

Indiana’s Bayston climbed a notch from third in the 2015 Midget Power Rankings while California’s Macedo vaulted to third in his first year of Midget action.  Both drivers picked off three wins as the Kunz stable combined for 30 triumphs in 2016.

Daum and Clauson rank as the only drivers to finish among the Midget Power Rankings top ten over each of the past four years while Macedo, Bacon, Boat, Robinson and Peck each cracked the top ten for the first time.

A look at this year’s Top 50 in www.midgetmadness.com Midget Power Rankings is as follows: