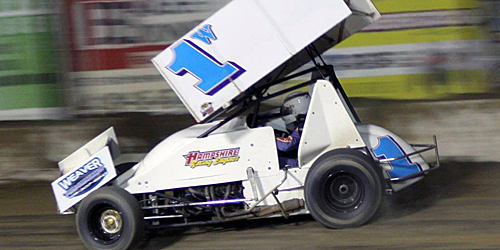 The Wheatley Chronicles – Volume IV, No. 45

Lonnie Wheatley, TULSA, Okla. (December 6, 2016) – For the second year in a row, the top spot in the 305 Sprint Car Power Rankings presented by Dodge City Raceway Park goes to the Buckeye State as Fremont’s Paul Weaver captured the number one ranking for the 2016 season.

Weaver took this year’s number one ranking by a 45-point margin over Oklahoma’s Andy Shouse on the strength of ten feature wins at a handful of Ohio tracks that led to the Attica Raceway Park track championship and the FAST 305-ci title.

It was Weaver’s second-time among the final top ten after a ranking of ninth in 2013.  He climbed from 15th in last year’s final rankings.

Oklahoma City’s Shouse settled for second in his first concentrated year of 305-ci competition that netted the IMCA National crown and the inaugural Sprint Series of Oklahoma championship.

North Texas contender Chad Wilson ranks as the only driver to finish among the top ten in final 305 Power Rankings over each of the past four years with a ranking of eighth with fellow Lone Star shoe Marcus Thomas in ninth and Kansas racer Zach Blurton rounding out the top ten.

Weaver topped a total of 647 drivers that earned points in the 540 events that awarded points toward this year’s 305 Sprint Car Power Rankings presented by Dodge City Raceway Park.

The state-of-the-art Dodge City Raceway Park in southwest Kansas is the presenting sponsor of the 305 Sprint Car Power Rankings.  Dodge City Raceway Park hosts a variety of racing events over the course of each year including World of Outlaws and URSS Sprint Cars along with a regular card of DCRP 305 Sprint Cars.  Check www.dodgecityraceway.com for the full schedule and more information.

A look at this year’s Top 100 in 305 Sprint Car Power Rankings presented by Dodge City Raceway Park is as follows: