West Texas Crude Nationals Coming to Lubbock on May 12-13 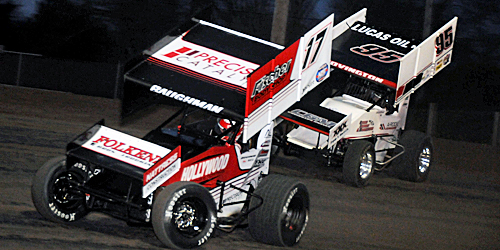 Dirt track racing begins to ramp back up in the most extreme of forms with Sprint Cars firing back to life in the Lone Star State with the West Texas Crude Nationals presented by Josh Baughman at Lubbock’s West Texas Raceway on Tuesday and Wednesday, May 12-13.

The Invitational event will be contested with ASCS 360-ci engine rules in effect and run under the All Star Circuit of Champions format of qualifying by heat race groups, heat races and features each night.

The Tuesday portion of the event atop the high-banked, 3/8-mile West Texas Raceway clay oval will offer up a $4,000 winner’s share and $800 to start the feature with the ante upped on Wednesday to $6,000-to-win and $1,000-to-start. Both nights will be aired live via PPV at https://www.speedshifttv.com/