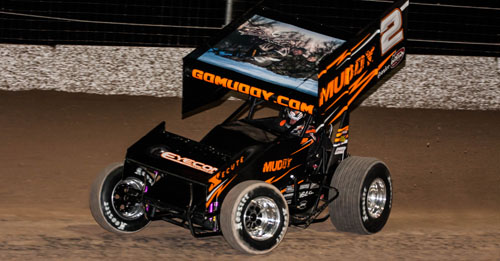 The Wheatley Chronicles – Volume III, No. 10

But, when the weekend’s final checkered flag flew at Tucson’s USA Raceway, it was Danny Lasoski escaping with the number one ranking that he took into last week’s Las Vegas double.

While Lasoski held the top spot going into Wednesday’s WoO card at Las Vegas, Paul McMahan vaulted to the top spot on Wednesday night only to surrender the number one ranking to Joey Saldana the following night at Vegas.

After a third-place finish in the Thursday finale at Las Vegas finale, Missouri’s Lasoski posted a fourth-place run at Tucson on Saturday night to recapture the number one ranking by four points over Saldana with McMahan another two points back in third.

Kerry Madsen and Daryn Pittman round out the current top five with the rest of the top ten including Brad Sweet, Donny Schatz, David Gravel, Steve Kinser and Brian Brown.

This past week’s action included three first-time winners for 2015 including Shane Stewart and Terry McCarl at Las Vegas before Brian Brown finished off the weekend with a Saturday night win at Tucson.

Based on all North American events, the third installment of the STIDA Winged 410 Power Rankings is a reflection of the five-race Winter Heat Sprint Car Showdown that opened the year at Cocopah Speedway in Yuma, AZ, along with five nights of All Star action in Florida and all six World of Outlaws events thus far.

This weekend’s World of Outlaws double at Tulare’s Thunderbowl Raceway is next to award points toward the STIDA Winged 410 Sprint Car Power Rankings with Pennsylvania’s Lincoln Speedway to try again to open its season on Saturday.

Number of Drivers to Earn Points: 46