STN Week is Upon Us – Tickets Available Online! 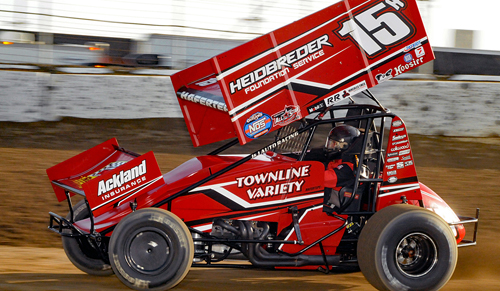 A few STN items of note…

Haven’t secured your tickets yet?  No worries, as you can get them online at https://i-30speedway.com/short-track-nationals/,  just click the Tickets tab.  Two-day tickets are $45, a savings of $5 compared to day-of prices.

With entries rolling in at a rapid rate, Monday, September 27, is the final day of pre-entry.  Entry form is available at https://i-30speedway.com/wp-content/uploads/2021/09/2021STN.pdf.  Pre-entry is $100 and includes a free two-day driver pit pass.  Entries after Monday are $100 with no pit pass included.

Last year, Sam Hafertepe, Jr., finally broke into STN championship victory lane for the first time after three previous preliminary wins and three runner-up finishes.  The Sunnyvale, TX, racer battled past Roger Crockett at the midway point and went on to become the 19th different STN winner ahead of Derek Hagar and Crockett.

The Format:  Friday’s preliminary event will be contested under a derivative of the All Star Circuit of Champions format, with group qualifying establishing heat race lineups with an invert of four in each heat race.  The Friday preliminary will conclude with “Twin 20’s”, a pair of $1,500-to-win 20-lap “A” Main events.

The top two from each of the “Twin 20’s” will be locked into Saturday night’s “Dash for Cash” and the championship main event.

Friday events points accumulated will be carried over to Saturday night, with another set of heats utilizing passing points added to the Friday total to set the championship feature lineups.  The top two in combined points from Friday night and the Saturday heat races with join Friday’s four lock-ins in the Pack Building Materials “Dash for Cash”.  The next eight in points will occupy STN championship feature positions 7-14 with the balance of the field in “B” and “C” Mains.  Three will transfer from both “B” Mains to set the 20-car feature field.  The 21st position is reserved for I-30 Speedway track champion Howard Moore should he find it necessary.

The Tickets:  Advance two-day tickets are $45.

Children under 12 are admitted free on both nights courtesy of Dairy Queen.

To order tickets or for more information, check online at https://i-30speedway.com/short-track-nationals/ or call the track at 501-455-4567.

The Broadcast:  If you can’t make it to the STN to catch all the breathtaking action in person, no need to fret as you can catch it all live online at www.floracing.com.