Lonnie Wheatley, BROKEN ARROW, Okla. (March 24, 2021) – With the 2021 racing season picking up steam as spring begins to spring, the quartet of Donny Schatz, Justin Grant, Mark Smith and Buddy Kofoid are out to the early lead in the 2021 edition of the Open Wheel Power Rankings.

After taking the top ranking in the initial six editions of the STIDA Winged 410 Sprint Car Rankings that began in 2013, Donny Schatz finds himself back atop the point charts after surrendering the top ranking over each of the past two years to Brad Sweet and then Kyle Larson.

Schatz, who posted All Star wins in Georgia and Florida, holds a 54-point advantage over Brad Sweet with Logan Schuchart just another three points back in third.  Aaron Reutzel and Carson Macedo fill out the early top five with all of the top five among those already posting a pair of wins.

The Winged 410 Sprint Car Power Rankings are brought you to by STIDA.  Formed in 1998, STIDA (Short Track Independent Drivers and Associates) is an international company serving the safety and insurance needs of drivers competing in any country.  Get covered now by calling 1-800-378-4608 or get more information by checking online at www.stida.com.

With a limited number of events in the books thus far, Just Grant is out to the early lead in the 2021 edition of the Non-Wing Sprint Car Power Rankings.

Grant, who has finished among the top five in final Non-Wing Power Rankings over each of the past four fours and five times since the Rankings inception in 2013, holds the early lead after a strong USAC opening weekend in Florida that included a win and a runner-up finish.

Looking to best runner-up Power Rankings finishes in 2017 and 2019 and a third-place showing last year, Grant’s early lead is at 11 points over Kevin Thomas, Jr., who topped the Non-Wing Power Rankings for three consecutive years from 2016 to 2018.

Thomas, Jr., has the edge on Brady Bacon for second based on a feature win to kick off the year.  Bacon sits third as he guns for the top ranking for a second year in a row while Tanner Thorson and Buddy Kofoid fill out the early top five. 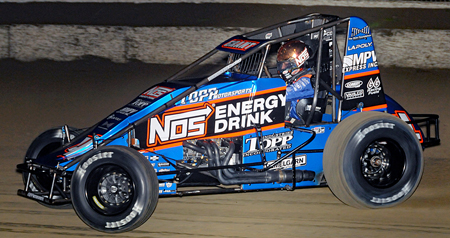 Vying to top the Rod End Supply Winged 360 Sprint Car Power Rankings for a second year in a row, Mark Smith has jumped out to the early lead in the 2021 edition.

The Pennsylvania racer has racked up four wins and 11 top-fives to open up an 81-point advantage over Shane Golobic while Washington’s J.J. Hickle propelled himself to third with a sweep of last weekend’s ASCS opener at Devil’s Bowl Speedway.

The early 2021 top of the Midget Power Rankings charts looks much like the final edition of 2020.  After Buddy Kofoid edged Cannon McIntosh by two points for the number one ranking in 2020, Kofoid holds the early lead once again over McIntosh.

After winning the USAC season opener in Florida in February and then sweeping through last weekend’s season-opening POWRi double at Wichita Falls, TX, Kofoid holds the early edge by 15 points over McIntosh.

Justin Grant is another five points back in third with current USAC co-points leader Chris Windom and Tanner Thorson also among the early top five.

The Open Wheel Power Rankings are determined by cumulative points based on a sliding scale dependent upon car count at Sprint Car and Midget events across all sanctions and non-sanctions throughout North America.