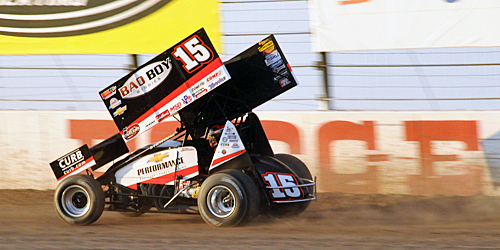 The Wheatley Chronicles – Volume III, No. 68

Lonnie Wheatley, TULSA, Okla. (July 23, 2015) – Twenty wins and not even into August. That’s the season that Donny Schatz is putting together and has him handily atop the STIDA Winged 410 Sprint Car Power Rankings.

Despite a mini-slump that has kept Schatz out of victory lane for five consecutive features (he has finished second in three of those and ran short of fuel while leading the Kings Royal), Shatz has extended his lead to 222 points over Greg Hodnett.

With 11 triumphs thus far, Greg Hodnett stands as the only other driver with double-digit wins at this point. Kerry Madsen, Kings Royal champ Shane Stewart and Silver Cup victor Dale Blaney round out the current top five.

The biggest mover near the top so far in July is Stevie Smith, who jumped from 27th to 16th after finishing off a five-win Central PA Speedweek before taking another Williams Grove win last Friday to tune up for this weekend’s clash with the Outlaws.

Number of Drivers to Earn Points: 391