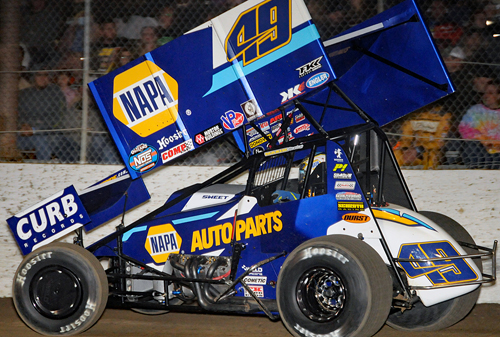 Lonnie Wheatley, BROKEN ARROW, Okla. (April 22, 2021) – While Buddy Kofoid maintains his lead in the Midget portion, the balance of the Open Wheel Power Rankings have seen a shakeup in the past several weeks with Brad Sweet, Brady Bacon and Justin Grant each climbing to the top of their respective divisions.

A four-race win streak with the World of Outlaws during the final week of March and first week of April was enough for Brad Sweet to surge to the top of the STIDA Winged 410 Sprint Car Power Rankings.

Landing the top spot in 410 Sprint Car Power Rankings for the first time in 2019 before settling for second last year behind brother-in-law Kyle Larson, “The Big Cat” has posted a handful of wins on the season thus far to hold a 43-point advantage over Donny Schatz.  Along with Sweet and Logan Schuchart, Schatz is just one of three drivers to post double-digit top-five finishes so far in 2021.

Carson Macedo has climbed from fifth into third, taking the position by one point over Schuchart with a strong past month moving current All Star Circuit of Champions points leader Justin Peck from 11th to fifth.  The balance of the current top ten currently includes Sheldon Haudenschild, Aaron Reutzel, David Gravel, Cory Eliason and Anthony Macri.

The Winged 410 Sprint Car Power Rankings are brought you to by STIDA.  Formed in 1998, STIDA (Short Track Independent Drivers and Associates) is an international company serving the safety and insurance needs of drivers competing in any country.  Get covered now by calling 1-800-378-4608 or get more information by checking online at www.stida.com.

After topping the 2020 edition of the Non-Wing Sprint Car Power Rankings for the first time since its inception in 2013, Brady Bacon has moved back to the top of the point charts after the initial three USAC events of the season in the Midwest.

With a Lawrenceburg triumph, Bacon holds a slim four-point edge over Kevin Thomas, Jr., with previous leader Justin Grant 11 points off the lead pace in third.

Kyle Cummins has climbed up to fourth with Robert Ballou making a move from 20th to fill out the current top five.  The balance of the current top ten includes C.J. Leary, Chris Windom, Tanner Thorson, A.J. Hopkins and Chase Stockon. 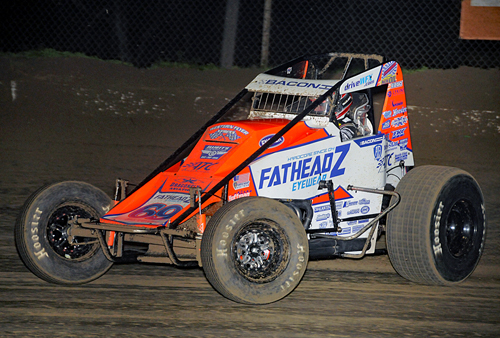 Justin Sanders has been on an absolute tear in California in recent weeks, enough so to shoot from tenth to the lead in the Rod End Supply Winged 360 Sprint Car Power Rankings.

Sanders has racked up five wins over the past three weekends alone to run his season total to nine, enough to overtake Pennsylvania’s Mark Smith, who topped last year’s Power Rankings, for the top ranking by ten points.

Finishing out last year ranked 16th, Sanders has finished among the top ten in Rod End Supply Winged 360 Power Rankings four times over the past six years with a ranking of second in 2015 his best thus far.

Buddy Kofoid has been the class of the Midget ranks thus far in 2021, racking up six wins in the early going and continuing to lead the way in both USAC and POWRi National points.

As a result, Kofoid has amassed an early 61-point advantage over Cannon McIntosh with Justin Grant, Daison Pursley and Tanner Thorson filling out the current top five.

The Open Wheel Power Rankings are determined by cumulative points based on a sliding scale dependent upon car count at Sprint Car and Midget events across all sanctions and non-sanctions throughout North America.